If you haven’t played Sit and Go poker before, then it may be time to become familiar with this type of gaming. Utilising the Texas Hold’em variation of poker, this is often considered to be an appealing modern adaptation of the game. And, as its name suggests, it’s very much a sit and stay there until you lose game.

Yet, are there are any strategies that can come into effect when playing Sit and Go poker? Let’s take a look at what exactly it is and if you can get a better understanding of how to play it. This way, you’ll be able to understand how strategies can come into play.

What is Sit and Go Poker?

If you’ve played Texas Hold’em Poker before, then you’ll already have somewhat of a head start on how the Sit & Go variant plays out. It’s frequently seen on television, if you ever watch the poker gaming channels.

Basically, all entrants into the game pay an equal entry fee, which goes into the overall prize pool. The idea behind playing the game is to win all of the chips from each of your opponents at the table. Whenever a player loses all of their poker chips, they have to leave the table and, consequently, the tournament. The final two or three players in the game win the pooled prize money.

The game itself is played with a deck of 52 cards. Each of the players at the table receive two cards and these are kept hidden from other gamers. Through four betting rounds, players will bet chips on their hand or fold their cards to wait for the next round and, potentially, a better hand. The two players next to the dealer are the ones who will place the opening bets, known as the “blinds”. The small blind is paid by the player directly next to the dealer, while the big blind (which is twice as large), is paid by the player next to the small blind. The role of the dealer will change with each new round, so nobody remains as such for the duration of Sit & Go poker.

So, what kind of strategy could you use to win such a game of poker? 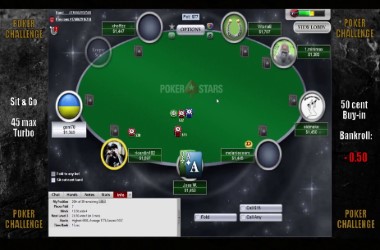 The strategy that would best be used with Sit & Go poker, is to only play a few very strong card hands when you’re in the position of having plenty of chips. Money can only really be made when the blinds become high. So, if you’re betting with 12 big blinds or less, you need to start playing more cards to “attack” your opponents and force them out of the game and tournament.

Should your chip stack be bigger than the big blind, you need to proceed with protecting your chips. Not losing your chips is a lot more important than winning from them. Of course, your dealt card hand also stands for a lot, while your position at the table also determines how you should play.

Only if you’re holding a hand of Aces, Kings or Queens should you go for a raise or all-in play before the flop, regardless of where you’re seated. In other cases, there are differing types of play to proceed with. You do stand a better starting chance if you’re in the position of being one of the blind players or one of the players to play straight after the blinds (late). This is especially true if you hold two Jacks. In most other cases, if you hold anything less than an Ace and Queen, it’s a better play to fold before the flop, unless you’re one of the blinds or late players.

After the flop takes place, if the game hasn’t already finished, there can be up to three more betting rounds coming into play. You then need to take into consideration the two cards that you hold in your own hand as well as the three community cards in the middle of the table. Naturally, if betting proceeds on to the third betting round (Turn) and the fourth (River), then additional community cards are dealt.

If, before the flop, you have less chips than the big blinds, you simply need to increase your own aggressive play with more hands. This requires you to either increase your chips by going all-in or opting to fold totally. Keep your own position and that of your opponents in mind when making your decisions. If everybody playing before you has folded, then use your own positions to decide your play. If not, then use the position of the player who called, bet or raised first.

Final Point to Take into Consideration

As with anything relating to gambling, Sit & Go poker requires you to have a grip on bankroll management. Don’t play an amount of money that you can’t really afford to do. Think of an appropriate amount of funds that you can dedicate to poker play and use this and only this as your money. You shouldn’t invest more than two percent of this in one Sit & Go session, we recommend. Especially if you’re a beginner at this type of poker.

Of course, this may alter slightly as you become more aware of how the game works and how you can take advantage of it. Certain factors will come into play, such as the buy-in level or the tournament speed, for example. Just remember, it should be a fun game to play and not something that you “depend on”. 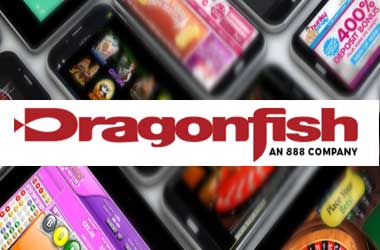 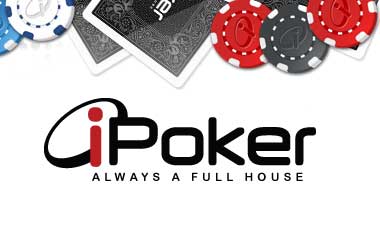