Daniel Negreanu is considered as one of the best poker players to have ever played the game and is a member of the Poker Hall of Fame. The Canadian poker pro has so far amassed $39,656,197 in lifetime tournament earnings and believes it is now possible for poker players to cross the $100 million in lifetime winnings.

There was a time not too long ago when Negreanu was way ahead of the rest of the field in terms of lifetime winnings but that gap has narrowed in the last five years and there are a number of players who are not too far away from surpassing Negreanu. Erik Seidel is in second place with $34,575,437, Justin Bonomo is in third place with $32,979,593, young poker pro Daniel Colman is in fourth $28,925,059 and veteran poker pro Antonio Esfandiari is in fifth place with $27,685,057.

The new breed of young poker pros which include Colman, Bonomo and Fedor Holz have racked up millions in prize money over the past few years and could very soon surpass Negreanu. Bonomo hit the $40 million mark last night as he is playing the Big One for One Drop event at the 2018 WSOP and has made it to the final table. As the winner of the Big One for One Drop he will walk away with $10 million in prize money.

The Big One for One Drop tournament and the WSOP Main Event are some of the highest events in the world and it is such events that has made it possible for poker players to become very wealthy in a short period of time.

In a statement, Negreanu said

When I first started playing tournaments we were playing $100, $300 buy-ins. There was like one $10,000 buy-in. There weren't any tournaments bigger than that

Negreanu knows that he will have to win some of these high stake events if he is going to maintain his regain his lead on the All Time Money list.

Pennsylvania’s Online Casinos to Face a Lot of Hurdles 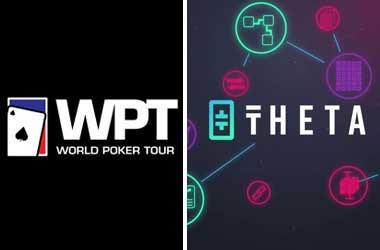