When you play poker at a brick & mortar casino, it is a simple and straightforward process. Yet when you enter the world of online poker, there are a different set of rules that come into play.

The terms and conditions that govern when and how an online poker player can withdraw his winnings, is most likely to have an amount or time stipulation attached to the withdrawal process. This often proves to be a deterrent, especially given the negative publicity online poker has received in the U.S over the last couple of years.

Full Tilt Poker had a similar setup when it came to player withdrawals and that is the reason why a number of online poker players still have their winnings locked away and have had to wait for a lengthy period of time to start a claim reimbursement process.

Lock Poker is another online poker company who has had its fair share of cash out problems and hence has an F grade in the PAS US Online Poker Payment Processing Report. Issues like this have stopped former online poker players from revisiting and playing at the Lock Poker website.

However, one such high profile poker player who prefers to be anonymous recently confirmed that he had a Skype conversation with a senior official from Lock Poker who offered him the privilege of a preferred cash out policy, provided he could rake in more than $10,000 per month.

In response to this, Shane Bridges is alleged to have replied by saying

Ive been told that with your VIP status and playing history with our site if you can hit 10K a month I can guarantee a monthly payout for you.

However when contacted to confirm if there is indeed a privileged policy extended by Lock Poker to its VIP players, Shane Bridges refused to confirm the same.

Anti-Staking Bill In Nevada Will Not Affect Poker Players 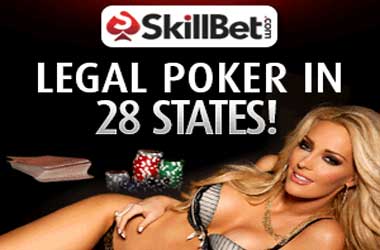