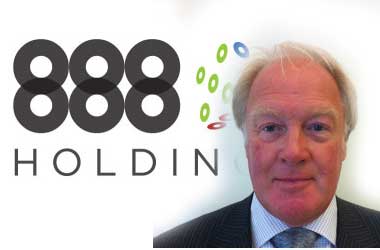 The online gambling business is exceptionally lucrative but also extremely competitive. Online gambling companies are constantly looking to expand and promote their business through innovative offers and tournaments. In order to capture market share and be a leader in the online gambling industry, companies have to invest heavily in marketing and advertising.

888 Holdings Plc (888) recently announced their first half profit had suffered a 5.3 percent decline and one of the main reasons for the loss was due to the heavy investment the company had made into advertising and marketing.

888 has launched operations in the United States and has had to spend significant amounts to capture market share in New Jersey.

The company also confirmed that non-executive chairman Richard Kilsby is all set to retire at the 2015 annual shareholder meeting and chief executive officer Brian Mattingley will replace Kilsby as the new chairman. In a statement, Mattingley said

888 Holdings profits declined because their operating expense increased by 19%, bringing it to a total of $65 million. The company had partnered with Avenue Capital Group to launch its All American Poker in New Jersey (AAPN). However, the venture had not gone as planned because AAPN’s business was affected by a number of factors such as electronic payments, technical issues that involved geo-location and a lack of knowledge on the legality that surrounds online gambling. As a result, 888 Holdings suffered losses that were around $4.4 million.

These numbers have also impacted the company’s stock significantly as 888 Holdings stock has declined by nearly 25% during 2014, bringing the company’s market value to 453 million pounds, which is around $752 million.

While the company has faced a declined during the first part of 2014, 888 Holdings is confident that it will expand and do a lot better before the end of the year as it expects the U.S market to start generating higher revenue.