888poker is once again teaming up with the World Series of Poker (WSOP) for the 2017 series, retaining its position as the sole online host for WSOP qualifier satellites and related promotions.

The two poker giants first partnered in 2015. The latest contract runs for two years covering 2017 and 2018 and includes an option for extending it for two more years.

We’ve seen 888poker really up the stakes in the past few years, with a refreshing new online and offline approach which aims to give the power back to the players. This shared vision and love of the game means it’s a natural partnership for both our brands. I believe this mutually beneficial approach will continue to enhance our user experience and wish our players the best of luck in the tournament!

In the 2016 edition, there were over 250 entries to the Main Event were via 888poker satellite and qualifiers and included the likes of November Niners Fernando Pons and Griffin Benger. Satellites held on 888poker in 2015 resulted in 128 players heading to the WSOP Main Event. The event was won by 888poker’s sponsored pro, Joe McKeehen.

Senior Vice President & Head of B2C at 888 Holdings Itai Pazner has said that 888poker was committed to sending even more qualifying players this year. He also pointed out that the partnership was a testament to 888poker’s increasing presence in the online poker industry.

Under terms of the partnership, WSOP will be organizing a new event $888 Crazy Eights Tournament on Jun 1 and 2 that will have $888,888 as the top prize and feature eight-handed play at tables. Also as a part of the deal, 888poker will be getting airtime on ESPN as well as on live streaming of the Main Event and other final tables. ESPN which is WSOP’s exclusive broadcast partner will have 888poker Ambassador Kara Scott as a host along with commentators Lon McEachern and Norman Chad. The broadcast will be aired live in 84 countries reaching over 300 million.

The 2017 WSOP will kick off at its customary venue the Rio All-Suite Hotel & Casino in LasVegas on May 30. The prestigious Main Event is scheduled to begin on July 8. 888poker is already running a multi-step satellite program with buy-ins as low as one cent. Moving through six stages, the qualifier buy-ins increase progressively from $0.01 to $160. 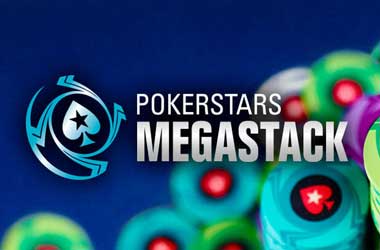