While America continues to debate over the legalization of online poker, an entrepreneur from Palo Alto has decided to use his skills to develop a new online poker software that will make his version completely legal. Arthur M. Pfeiffer is the founder of Thwart Poker Inc and believes his latest development will not have any legal restrictions imposed as his new online poker software is completely different from the competition.

Pfeiffer is a mathematician and software designer by profession and plans to use his experience to launch an online poker software for real money. One of the main reasons why online poker is illegal in most US states is because it is considered a form of gambling that is based on the concept of luck. While many poker professionals disagree with that definition, they have not been able to overturn the current legislation. 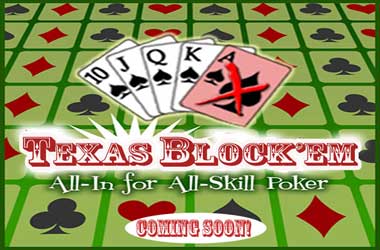 Pfeiffer confirmed that his software will make use of math and ensure that the new software is based completely on the skill of the player. The new venture will be called Texas Block ’Em and is scheduled to be launched during 2014.

The biggest competition to Pfeiffer and his company is currently Texas Block ’Em a San Francisco-based company called Pure Play. However, is confident that his new online software will blow away the competition and soon be a prominent player in the multimillion-dollar Internet poker market in the U.S.

In a statement, Pfeiffer said

I have invented a new form of poker called Texas Block ’Em that removes the element of luck from the game. Since my version of poker is 100 percent skill and involves no luck, it’s not gambling and therefore is legal

game-play dynamics and player strategy are very different than that of Pure Play’s poker games. Their players passively observe what cards are randomly dealt and have no control over the process. Our players actively participate in the process, as it is their card-selection decisions that determine what cards are dealt

However, before Pfeiffer can launch officially on the internet, he will need approval from the U.S. Justice Department. Unless, his software is proven to be purely based on a game of skill, it will most likely also be banned. Nelson Rose, an expert on gambling law and a professor at Whittier Law School in California said 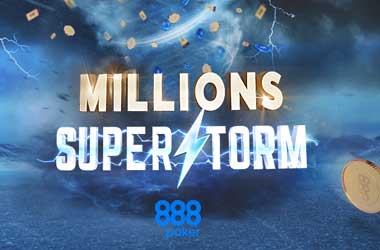 How To Win in 888poker’s Superstorm Freeroll Tournaments

Caesars Entertainment positions itself to offer Online Poker in Illinois?