One of the major announcements in the global online poker industry this year was the shared liquidity agreement signed in July by gaming regulators from France, Spain, Italy and Portugal.

The gaming regulators from these four countries were in discussions for a number of months and finally agreed to shared liquidity to boost their respective online poker markets and make provisions for a bigger player pool along with the potential for larger winnings.

The news was met positively by the online gambling community, especially poker players in Europe. However there hasn’t been a lot of progress in the past six months. Italy appeared to have forgotten that it entered an online shared poker liquidity agreement while the other three countries have been relatively quiet about their progress towards shared liquidity.

Market analysts expect the shared liquidity agreement to go live during the first quarter of 2018. It appears their estimates could be right as France and Spain have finally started to make progress towards setting up their shared liquidity program.

The first step towards shared liquidity is the issuance of new licenses and ARJEL, the French regulator has done just that. ARJEL recently announced that it has issued a shared liquidity license to Reel Malta Ltd which belongs to the Rational Group. Reel Malta is the operator of PokerStars France and the online poker giant is now in a great position to launch shared liquidity operations as it is the only iGaming operator to be licensed in all four countries.

PokerStars France used to offer players from outside France a chance to play on their site as long as they had a European bank account. This practice stopped early this year as PokerStars France was pushing for a shared liquidity license. PokerStars will now have to be careful to ensure that it only accepts players from France, Italy, Spain and Portugal as otherwise it could upset gaming regulators in these four countries and get in trouble.

Spain has also stepped up its efforts towards online poker shared liquidity and announced that new window will be opened for iGaming operators to apply for an online poker license. Market analysts expect the Spanish gaming regulator to renew the 52 online gaming licenses already in operation and to issue an additional 10 new licenses. This move will enable operators such as Winamax to apply and gain entry into Spain in order to take full advantage of shared liquidity.

Scientists Use Poker to Study Brain Responses in Social Situations 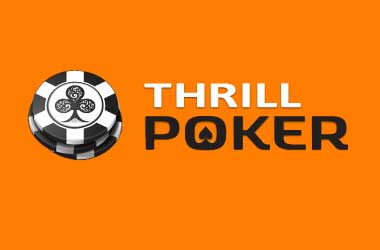