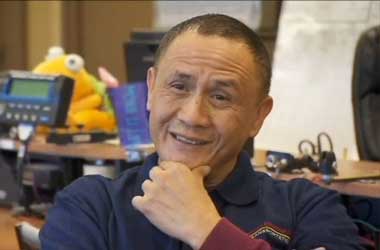 Poker players earn huge sums of money but they often do so after playing late nights and for long hours. Something similar happened this week, when a 28 year old professional poker player left $300,000 in the back-seat of a cab he had hired.

However, he was in for a surprise when as cab driver, Gerardo Gamboa from Yellow Checker Star found the money and decided that he would return it back to the owner.

In a statement, Gamboa said

I don’t care from $10 to higher. My dignity is not for sale, and that’s the way I am. That’s the way our parents taught us when I was a kid. All I wanted to do was just call my dispatcher and return it, and this is the only chance I have to show cab drivers in Las Vegas are not bad people.

The operations manager of Yellow Checker Star field, Joel Willden stated that the poker was relieved to get the money back.

He was grateful. He was very understanding; he wasn’t irritated. To a point he was irritated, but he wasn’t mad or aggressive or anything. Maybe a little more embarrassed than anything. I mean, he left $300,000 in a cab, but he was an awesome guy.

The poker player had earlier hailed the cab from the Cosmopolitan on the Las Vegas Strip to Palms Place which is about 2 miles apart. He gave the cab driver a tip of $5 but left behind a much bigger bundle of cash. The CEO of the cab firm, Bill Shranko said

We had to be as a company extremely cautious that the right person got the money. It’s the Christmas season and we think it’s the best story that I’ve seen in 32 years, and cab drivers worldwide are going to be very proud.

The poker player had visited the cab company to file a complaint but in the meantime Gamboa had found the bag and taken it over to his main office in Nevada. The police carried out a 4 hour investigation before confirming and handing the bag back to the relieved poker player. No mention has been made of the poker player rewarding cabbie Gamboa but the Yellow Check Star cab company rewarded Gamboa for his honesty by giving him a $1,000 reward, a steak dinner for two and making him driver of the year.