Poker Central invested a significant amount of money leading up to its launch as it promoted its network of being the first 24/7 poker channel that would cover all things poker related and give the global poker community in-depth coverage of live poker tournaments, poker strategy sessions, exotic poker destinations, player profiles and behind-the-scenes covering major poker tournaments in the world.

The advertising and promotion was done on a large scale which created a fervent interest among poker fans across the world and the company also confirmed that it had hired some of the most experienced TV networking consultants in the world to make the channel a grand success.

Poker Central went live in October and after three weeks the response hasn’t been all that positive.

Most fans have been unable to watch Poker Central on regular television networks and do not have sufficient information on how to gain access to the network as the company was not very clear on how viewers can access the network. The network is currently not available on DirectTV, Dish Network or cable TV. The network can currently be accessed only Amazon Fire, Xbox One, FilmOn.tv and Roku which significantly limits its viewership.

Viewers who have watched Poker Central over the last three weeks have not been very impressed with the content as most of what is being streamed has already been aired before. A lot of the content can be accessed via YouTube and Twitch.tv which makes Poker Central lose a lot of credibility.

In a statement, Clint Stinchcomb, CEO of Poker Central said

We have plans to air major live events in 2016. Stay tuned for that. We are focused on delighting our viewers and business partners. We hope to one day see Poker Central carried in over 200 countries, which is nearly the extent of the television world.

The fact that Poker Central has not made a good first impression could end up hurting the company as viewers are looking for fresh content and it will take Poker Central a lot of effort and advertising to win back its audience. Poker Central will also have to focus on rolling out fresh content that is interesting and not available on YouTube or Twitch.tv to build a faithful fan following.

Poker Central is networking with a number of prominent poker players like Daniel Negreanu and leveraging social media to promote its brand. If it does not deliver within the next few months, the negative feedback on social media could be very damaging for the brand. 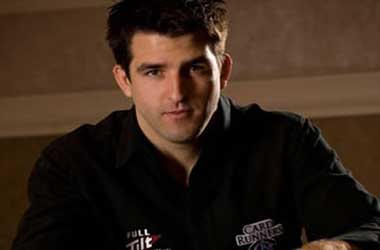