The global poker industry is growing at a rapid pace especially because the media coverage of live poker and online poker events has grown considerably over the past 5 years.

The younger generation has been fascinated with the fact that they can pursue a career as a professional poker player and get a chance to travel the world doing so.

A special poker show called Poker Night: The Tour will soon be televised and will target individuals who are interested in playing poker and would like to go behind the scenes of what happens in the life of a professional poker player.

The new show will be hosted by Maria Ho, an American poker player who was the former co-commentator of the Heartland Poker Tour.

While most poker TV shows focus on live tournaments and poker strategies, the new poker documentary that Maria Ho will host will be completely different in its format. The new documentary will go behind the scenes and follow the lives of poker players when they are not playing poker. The show hopes that it will generate a lot of interest amongst the poker community and share personal stories of the challenges, hardships and fun times that professional poker players go through. The show will cover the exotic places poker players visit on tour, the parties they attend and the way they spend their free time.

Ho is a professional poker player and has unique insight into the content that the show will cover. She will be able to provide a perspective that will have the viewer engrossed based on the experiences being televised. David Tuchman, Live at the Bike commentator will also provide assistance to Ho and help viewers get a different perspective of a poker player’s life.

The show was put together by executive producer Dustin Iannotti who was inspired to put together content that would inspire the viewer and give them a glimpse into stories that other shows would not cover. In a statement, Iannotti said

Players sometimes win or lose the equivalent of a house at a poker table and then go hang out together. It’s bizarre. We need a show that focuses on bringing these characters and stories to life while the cameras are rolling

Shooting is yet to start for the show and the producer expects the first episode to be filmed at the Empire State Hold’em Championship during the month of August 2015 at the Turning Stone Resort. 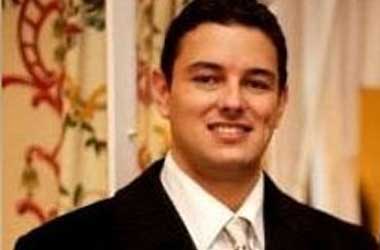