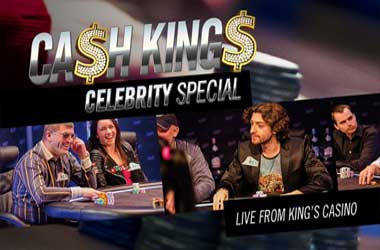 Some of the best poker players in the world will be flying to the Czech Republic to take part in the Celebrity Cash Kings event that is scheduled to take place at the famous King’s Casino in Rozvadov. The event will take place on the 26th and the 27th of April and will be live streamed on PokerNews.

The Celebrity Cash Kings event will be live streamed on PokerNews and will have a 30 minute delay along with English commentary. The event is expected to start on the 26th of April around 17.30 CET. King’s Casino is known to stream cash games on a regular basis but this special event and its live streaming will be promoted more aggressively as it features some of the top poker players in the world.

The Celebrity Cash Kings event is expected to run for around 6 hours on Sunday. However it’s on Monday when things could heat up as the event will be broken into two separate sessions. The first session will start around 15.00 CET and the second one at 20.00 CET with a 30 minute delay on live streaming.

The event will also kick-start a new relationship between Raising for Effective Giving (REG) and King’s Casino who will donate a significant amount of money to the charity. REG is an award-winning charitable association and was started by Boeree, Gruissem, and Kurganov.

In a statement, Boeree said

The great lineup is very likely a combination of a promise of a fun TV game, Leon’s hospitality, and a desire from the players to support REG’s causes. In regards to the support to REG, King’s Casino have kindly offered to put a permanent donation box in the casino allowing players to donate. King’s Casino will also be running a major tournament series in late July where all the rake will be donated to REG’s supported charities.