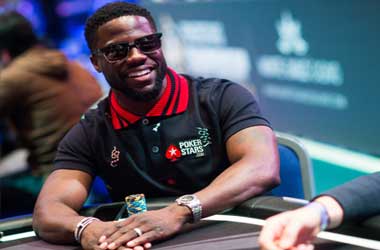 PokerStars had hinted earlier that a surprise celebrity would be joining the Championship. Hart is an acclaimed stand-up comedian who is also a keen poker player and has participated in a number of poker tournaments. He was last seen at the PokerStars Championship Bahamas earlier this year.

Poker fans were in for another surprise as Hart and PokerStars Team Pro Daniel Negreanu went on to address a press conference the next day. The celebrity poker pro announced that he was partnering with PokerStars to make poker fun again.

In a statement, Kevin Hart said

I really do believe in bringing people closer together. I love the fact that poker is a game that can take people all over the world and sit them down at the table and give them the opportunity to engage, to converse, to get to know each other and walk away with relationships they never knew they could have. I love to live, love and laugh. I want to bring this energy to the game of poker

While playing at tournaments, Hart has often helped liven up the atmosphere at the game with his comedic talent. Negreanu said that Hart having fun at the table was down to his personality and was not just an act. Hart emphasized that he would work to make poker fun again, pointing out that partnering with PokerStars would give him the platform to do so. He stated that he had some new ideas to boost the fun element in poker games during his media interaction, but no details were shared.

Hart noted that the best thing about poker was that it allowed anybody to play, whether it be playing home games for pennies or winning millions like Daniel Negreanu. Negreanu promoted Harts partnership with PokerStars by stating that Hart’s mere presence and energy was enough to heighten interest in the game.

Although Hart doesn’t participate in poker tournaments regularly, he is known to frequently play privately with friends like social media celebrity and poker pro Dan Bilzerian. He said that these games were very different from poker tournaments as they were ego contests. Hart is slated to participate in a cash game to be held in Monte Carlo that will be broadcasted on television. Apart from him the game will feature Daniel Negreanu, Liv Boeree, Charlie Carrel, Faraz Jaka and qualifier Mila Monroe. 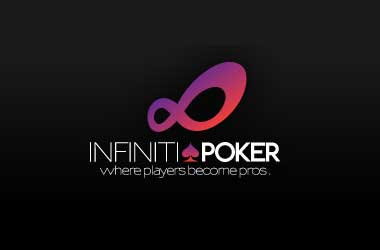