PokerStars, the biggest online poker website in the world will be making its much-awaited entry into New Jersey with an initial soft launch starting March 16, before its full launch on March 21.

PokerStars’ parent company Amaya received approval from New Jersey authorities in late 2015 to launch both PokerStars and Full Tilt Poker in the state, four years after it withdrew from United States.

The company had announced last month that PokerStars would be available in New Jersey from March 21, but recently confirmed that a soft launch with restricted play will be offered 5 days before the official live launch.

A new PokerStars website has been set up for players in New Jersey. Players who held an account with PokerStars before Black Friday will be able to revive their account and use their old screen name. Players reviving their old accounts will be able to convert any remaining Frequent Player Points(FPP) to the current VIP currency StarsCoins. A special rate is being offered by the site for a limited period, offering 1.6 StarsCoins per FFP. The usual 1 is-to 1 which will be applicable henceforth.

Players who reopen their old account will also be able to receive a VIP status based on the level of play reflected in the old account. So for instance if a player had a Supernova status before Black Friday, their status will be revived and the player will remain at that level for the rest of this year provided the player achieves the minimum play requirements.

With a restricted player base, liquidity levels for the site is expected to be on the lower side. The site has therefore tweaked its VIP program to make it possible for players in the state to achieve VIP status and maintain it. There are six VIP levels ranging from Bronze to Supernova. The starting level of Bronze has no VIP player points (VPP) requirement and offers 8-9% rakeback while the highest level of Supernova requires 50,000 yearly VPPs and awards 27-30%. The rakeback rates are estimated at 5.5 VPPs/$1 rake. 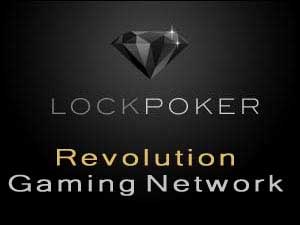