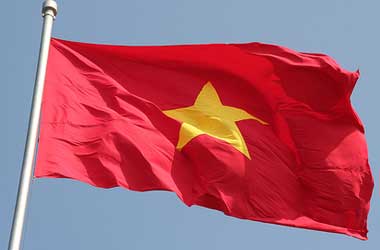 The Vietnamese government could be softening its stand on allowing locals to gamble in its casinos after it recently gave its approval for the first Bridge And Poker Championship to be held in the country.

Hosted by the Vietnam Bridge and Poker Association the tournament will run for nine months in Hanoi and offer a cash prize of VND 40 million. The Department of Culture and Sports has approved the tournament labelling it as a sports tournament. Participants will be called athletes and receive medals and prizes as in the case of other sporting events in Vietnam.

Around 2,000 players are expected to participate in the championship and winners will have the opportunity to represent Vietnam at international tournaments including the 2017 Southeast Asian Games. Those interested in joining the championship will need to pay an entry fee in the range of VND1 million ($44.6) and VND 2 million ($89). Around 18 athletes participated in the preliminary games held last week. The winner of the qualifying stage is slated to receive VND6 million ($267.5) in winnings.

The Vietnam Bridge and Poker Association was set up in 2014 and has been approved by the country’s Ministry of Home Affairs. It now belongs to key international associations such as National Olympic Committee. Duong Vi Khoa, one of the major names in Vietnam’s eSports market said that bridge and poker are intellectual games that help build patience and thinking capabilities in players.

Bridge and poker became popular in Vietnam around 10 years ago with most of those interested in such games located in Hanoi and Ho Chi Minh City. The country has in recent times become a major gambling destination with the Macau casino industry seeing a slowdown. However the government has so far restricted the access of locals to the casinos. A draft government decree that aims to boost the development of the casino industry currently disallows locals in the casinos.

Many international operators have however voiced concerns that without locals being allowed entry, the revenue generation capacity of casinos would be limited, which in turn would restrict the amount of investments made in new casino projects.

A revised version of the decree is expected to be released later this year and experts say there are indications that the government will allow entry for locals. This recent decision to approve the championship could also be seen as a signal of the change in the government’s stance.