It’s been the biggest piece of news to hit poker headlines in recent months – the shared liquidity network of the European market. It was only a couple of days ago that we reported on PartyPoker looking to inject itself into the same network. However, the details surrounding Italy’s arrival into the prize pool have been very sketchy. Up until now. Information has been brought forth about Italy being another step closer to allowing its players to enter the market too.

The Italian government was already in the process of conducting the necessary technical checks that will allow its player pool to merge with the French, Spanish and Portuguese markets. However, it has now emerged that those checks are fully complete. The only remaining necessity now is for the technical standards relating to shared liquidity need to be published by the country. This is the same process that Portugal went through just over a week ago.

Despite the stalling that Italy has been going through with regard to their entry, there should now been fairly few problems in publishing the technical standards. However, it’s possible that there could be a delay in when this takes place due to the general election on March 4. Some believe that the country’s regulator of gambling, Agenzia della Dogane e dei Monopoli (ADM) will hold off until after this date.

The reason behind this delay on the publication of these standards is that any changes in the political landscape of Italy could negatively affect the online poker setup. While the current government has garnered enough support for this, things could potentially change after the election. Several politicians in Italy have already voiced their strong opposition to the country entering the shared liquidity network, citing increased money laundering potential, amongst other criminal activity.

Moves in All Countries

While it’s great that Italy seems to have finally set itself in motion towards joining the network, it’s not the only location in the process of integrating. The French online poker operator known as Winamax also rolled out its Winamax.es website – the Spanish language version of its platform. It recently received a licence from the French online gambling regulatory, ARJEL to be able to launch its tables between French and Spanish players. Despite this, as we also reported recently, it is now waiting to successfully integrate such into the network.

Finally, just in reference to Portugal becoming a part of the pooling, as we spoke of before, it recently published its technical standards for all to see. This does mean that it can officially join the project, although PokerStars is the only operator that holds a licence from the Portuguese regulator for now. It is expected that the PokerStars Europe network will open to local players in due course. 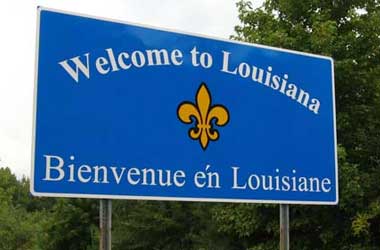