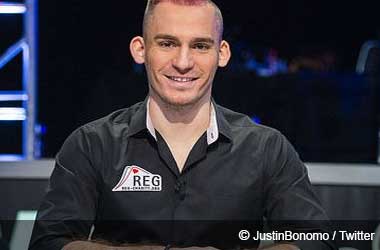 One of Daniel Negreanu’ s notable achievements for a long time was being on top of the All Time Money list of professional poker players.

The Canadian poker pro always knew that it was just a matter of time before one of the young and upcoming poker pros surpassed him in career prize winnings.

The 32 year old Bonomo won the Big One For One Drop event at the 2018 World Series of Poker and in doing so walked away with $10 million in prize money that brought his total career prize money to $42,979, 591 and in doing so topped Negreanu from the number one position.

His victory at the Big One For One Drop which had a $1 million buy-in did not come as a surprise as Bonomo has had a fantastic 2018 so far winning over $25 million in prize money that has enabled to quickly scale the list of the top poker pros in the world.

In a statement, Bonomo said

At the end of the day, I feel like for the past year I've played absolutely fantastic poker. I'm not going to say I'm the best player in the world but I'm very confident that I'm up there.

Many assumed that Bonomo would be excited to play the biggest high roller event in the industry but the Virginia poker pro felt more pressure than excitement because he had never played with this much money in his entire life. The $1 million buy-in is admittedly very intimidating.

This is why Bonomo went into One Drop incredibly prepared and focused for the event. He kept studying poker strategy until the day before the event. He even studied during the breaks. To keep his cool, he meditated every day to ensure that his mind was fresh and sharp. All that preparation paid off when he became part of the final table of six players.

Bonomo has had a great run this year and now plans to take some time off after grinding hard these past seven months. He plans to get back into the swing of things when he finishes his vacation and will look to further his lead on the All Time Money list. 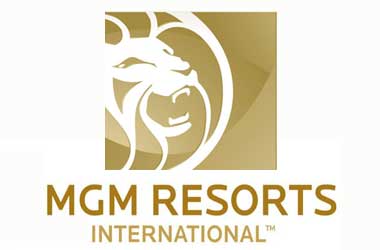 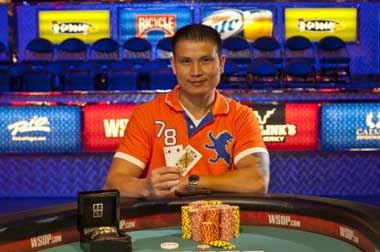