On Saturday 24 February, Party Poker is set to launch its new software, and there’s a lot of hype behind it already. Once this new software goes live, the platform will revisit the Power Series that has been so successful previously. Furthermore, the software will see the introduction of a new promotions known as Millions. This online leaderboard promotion will give away $120,000 worth of prizes each week throughout the month of March.

It’s not the first time that this company has chosen to alter its software to further improve it for players. In fact, it was only before Christmas last year that Party Poker opted to make several upgrades as far as its tournament lobby was concerned. At the time, the site introduced something known as the “currency switcher” function. This allows those players who have accounts in either Pounds Sterling or Euros to see the value of their balance in US Dollars.

However, the upgrade that is set to take place in February will be much more significant and noticeable. Of the improvements made, the brand will re-introduce ovular tables. Additionally, there will be a new time-bank indicator, as well as a stronger system of making notes about players to assist those who are participating in multi-table game play. The overall look of the site and the feel of it will also undergo minor enhancements.

As it stands, the Power Series schedule currently incorporates almost 500 tournaments, which take place over a selection of buy-in prices. In total, this Series guarantees over $2 million as prize money every single week. However, from Monday 5 March, this schedule will have a new booking. It will provide players with an increase in guarantees, a stronger selection of games to access and optimised structures (something requested by Party Poker players).

Furthermore, the launch of the Millions promotion will take place. This online leaderboard was actually announced back in December. Participating in it will provide players with the chance to be able to qualify for the $20 million guaranteed event at Party Poker next December. This will happen directly if a player finishes in one of the top ten positions during the High leaderboard competition, or via one of the many satellite tickets on hand.

The distribution of these prizes will have a prime focus on the Party Poker High Rollers. Meanwhile, those who become the top players of the competition’s High leaderboard will receive online seats to the Millions event, which have a value of $5,300.

As far as the changes to the software and site go, an ambassador for Party Poker Patrick Leonard put forth
a statement. He said that all tournament schedules that he has seen over the last 10 years of his play have
had “outdated structures”. He commended Party Poker for creating a tournament and schedule based on
feedback from regular gamers, marking it as “exciting”. 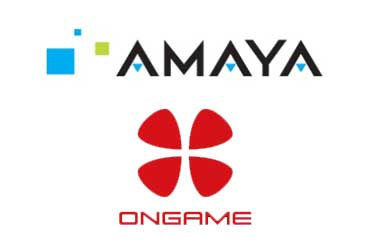