Yesterday, November 26, saw the launch of the PartyPoker KO Series, which has a $10 million guaranteed prize pool. Yet, this isn’t just a standard tournament launch. Far from it. You see, the KO Series happens to be the largest online poker tournament.

The events that took place yesterday finished with some knockout events that each had prizes of $300,000 up for grabs. Meanwhile, another three featured prize pools of $200,000 each. And while these events were perfect for kick-starting the KO Series at PartyPoker, it’s just the beginning of the tournament.

It wasn’t just the KO Series that began on Sunday, either. At the same time, the MILLIONS Online, with its $20 million guaranteed prize pool, began at 8:00pm CET. The event saw players able to buy-in for $5,300 and it’s set to become the online poker world’s biggest ever single tournament. It promises to make the players who finished in the top four positions millionaires. The winner of the entire tournament is set to walk away with $2.5 million in prize funds.

The MILLIONS tournament is set to continue on Thursday 29 November, Sunday 2 December and then onwards through the third, fourth and fifth dates of next month. Because the $5,300 buy-in is exceptionally steep for the events, PartyPoker chose to increase the number of satellites for the entire tournament.

Who Came Out on Top?

For the MILLIONS event’s launch day, a total of 1,574 players entered, bringing a mammoth prize pool of $7,870,000 into play. About 230 of those players went on to advance to the second day of the tournament.

Yet, it was the team PartyPoker member Philipp Gruissem (Phil_Gruissem) who took home the largest number of chips on the first dat. The German-born player, now representing Malta, managed to bag himself a stack of 26,865,379 chips. That stands at over 2.5 million more than the second-place finisher – a Finnish player by the name of “hi_all”.

Also advancing on to the second day of the tournament were some big-name poker players, including Chris Moorman (Therealmoorm), who claimed 15,374,484 chips, finishing day one in 10th position. Viktor Blom (Isildur1) of Sweden also proceeded forward, managing to secure 6,303,392 chips.

As far as PartyPoker’s KO Series is concerned, the first-place player on day one was “Metallist535” from Russia. This saw them take home a reward of $71,743. When you compare this to the second-placed player (“PhilMcIvey1”) of Iceland, who garnered $26,007 from the event, the difference is quite staggering.

Other players in the top from the Series’ opening day, include two Swedish players – “YumYums” and “ebisumaru87”, and “AstraIncognita” from Ukraine. The UK’s Chris Moorman also participated in this event, finishing in fifth position with a total prize of $8,313. 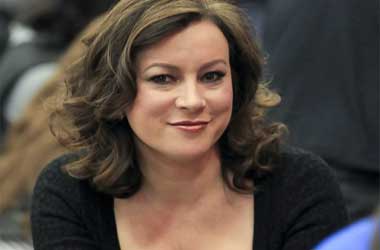 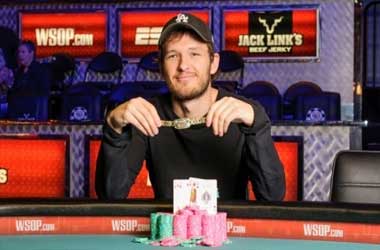