The shared poker network of Europe recently received its third of four country entrants, as Portugal finally began sharing its pool of players with Spain and France. And it seems as though the benefits of the shared liquidity between the countries has already begun to show – at least, as far as Spain’s market is concerned. Reported figures for the online gambling market show that the year-on-year revenue growth in the first quarter of 2018 has been significantly boosted within the country. Thoughts behind this rest partially with the fact that Spain now participates in shared liquidity of its poker pools.

On Thursday, the regulatory body of Spain – Dirección General de Ordenación del Juego (DGOJ) – released income figures showing that online revenue stands at €163.3 million for quarter one of this year, which is a massive 28% rise on 2017’s figures from the same period. And while it is a decline of 5.7% from quarter four of 2017, this doesn’t seem to be any kind of dampener on the Spanish poker industry.

Just over half of the overall revenue for Q1 was claimed by the sports betting sector, standing at €81.7 million. This also proved to be an increase of 15.9% from Q1 of 2017. Meanwhile, at the same time, online casino revenue shot up by 51% as far as year-on-year figures go, racking in a total of €56.6 million. Online slots claimed over half of this revenue from the total casino figures, with live roulette coming in as the second highest earner with 21.1%.

The Cause of the Revenue Boost

It is thought that the online poker sector in Spain received a huge boost with the beginning of the cross-border player liquidity pooling that started in January of this year. The French and Spanish-licensed sites from PokerStars have been sharing their player pools ever since then. Such a move has obviously had a big impact on the country’s revenue from online gambling. Overall revenue for online poker improved itself to a €21.5 million figure, with cash games seeing a spike of almost 30%. Meanwhile, tournaments also received a boost, with a 50.2% increase to over €13 million.

Operators have been actively pushing to attract more customers to their online platforms and poker rooms as well, with market spending seeing a large increase to €76.3 million. Additionally, legislation in Spain could change by the start of July. Legislators suggested cutting down the online sports betting and casino taxes from 25% of the country’s revenue to 20% instead. If this alteration does occur, then Spanish-licensed operators could become more competitive.

What’s more, the importance of the online gambling sector in Spain was recently brought to light on a grander scale. The latest e-commerce report coming from the National Commission of Markets and Competition showed that gaming and betting place third in terms of online transaction volume, holding a 5.8% share overall.

Delaware Highly Benefitting from Interstate Poker More Than Ever Before 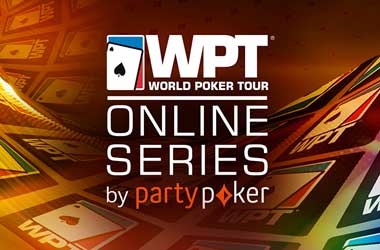