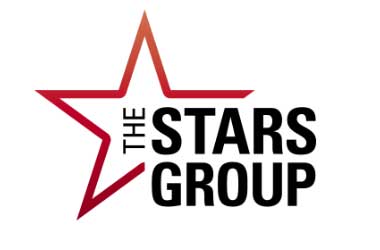 The announcement has been made. The Stars Group is partnering up with El Dorado Resorts, allowing the company to access all of its online poker and other internet gambling options. This means that poker gaming from the company could expand across up to 13 US states in the near future.

Everyone knows that The Stars Group is the parent company of the popular online poker room PokerStars. With this deal, the PokerStars platform could find itself incorporated into several of the 11 states where El Dorado Resorts owns or operates casino properties. In both New Jersey and Pennsylvania, The Stars Group has already set up shop with its PokerStars site, so it seems as though it’s only a matter of time before the poker room expands to other locations in America.

Yet, the deal also covers two other states that are not yet involved fully with online gambling – West Virginia and Mississippi. However, both of these states have taken steps into the sports betting world. Plus, with the poker scene in America growing swiftly, The Stars Group and its poker games could be found in Colorado, Ohio, Florida, Missouri, Illinois, Louisiana and Iowa.

Speaking of the unison between his company and El Dorado Resorts, CEO of The Stars Group, Rafi Ashkenazi said that he was very excited to make the announcement on Monday. He went on to state that the agreement establishes a foundation for the US strategy that the company has.

While The Stars Group does have the option of expanding into several other territories, one exception rests in the state of Nevada. Online poker has been playable there for many years already, but the PokerStars platform has officially been banned from operating. This came as a sort of punishment for continuing to provide online poker after the passing of the Unlawful Internet Gambling Enforcement Act (UIGEA) law several years ago.

This no doubt marks another big turning point in online poker options for US residents, with the potential for PokerStars becoming available in more locations causing masses of excitement. That being said, The Stars Group has also been focusing on the sports betting industry, potentially looking to set something up in the US in this sector. Many states across America have been a lot more accepting of sports betting laws than they have of online poker. Therefore, the potential could be in this area for The Stars Group, rather than poker. Time will tell.