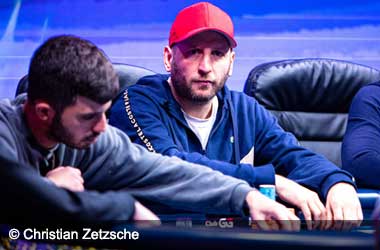 The flagship event of the 2022 World Series of Poker (WSOP) International Circuit Rozvadov Spring Edition has come to an end.

Volkan Alkan outclassed a field of 648 entries in the WSOP Circuit €1,700 Main Event to take home €160,500 in top prize. The German poker pro came from behind during the final table action, defeating Besnik Lalinovci heads-up to secure the title.

The final day kicked off with Vincent De Neve having the second-shortest stack and he also became the first player to leave the table. The German player ended his bid in 9th place for €14,500. Fellow German Luc Ta was the next to hit the rail, collecting €18,300 for finishing 8th. He was followed by Ruslan Volkov who finished 7th for €26,300 after also losing a flip against Lukas Zaskodny.

Zaskodny went on to eliminate Kosovo’s Rama Mulaj with full house versus ace-nine suited. Mulaj settled for 6th place for €34,900.

With five players remaining, Zaskodny held the chip lead, but his dominance was short-lived as he was eventually eliminated courtesy of Tom Cohen. The Czech poker pro walked away with €44,700 for his 5th-place finish.

After Zaskodny’s exit, the remaining players left the table in quick succession. The 4th and 3rd places went to Slovenia’s Nedelijko Todorovic and Israel’s Tom Cohen who took home €56,900 and €72,300 respectively.

Heads-up play ended after just seven hands. The final hand saw Lalinovci shoving with queen-nine preflop, which was defeated by Alkan’s ace-ten. Lalinovci walked away with €100,900 for his runner-up finish.

Going into the final table as the shortest stack, Alkan had already set his expectations low but he ended up winning the tournament, making his victory even more special.

Apart from the cash prize, Alkan also took home his first WSOP Circuit gold ring, as well as a ticket into the 2022 WSOP Europe €10,350 Main Event. The German poker pro also earned automatic entry into the WSOP Circuit Tournament of Champions during this summer’s WSOP live festival in Las Vegas.

The rest of the European poker players who finished in the Top 12 were also awarded seats into the 2022 WSOP Europe Main Event.

While the recently-concluded WSOP Circuit Main Event in Rozvadov was unable to get past its €1,000,000 guarantee unlike the two previous editions, the tournament was a success overall, with the top 71 finishers taking home cash prizes.

PokerStars Could Be Lining Up Double-Board Omaha 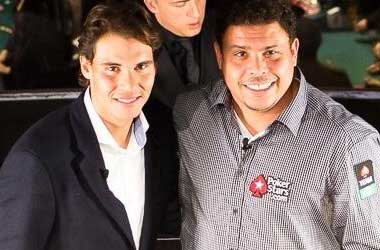