The World Series of Poker is currently underway in the Rio Hotel and Casino in Las Vegas and so far several poker tourney events have finished creating WSOP poker bracelet winners.

Some of the top poker players noted at the event include the likes of Daniel Negreanu and Phil Ivey. Negreanu in particular is noted for his many World Series of Poker wins and has a total of 4 WSOP bracelets to his name already. This year, Negreanu was surely hoping to score a new bracelet and bring his total up to 5 bracelets but did not get lucky. In fact, Negreanu just missed it narrowly and scored fifth place instead of first.

However, Negreanu did cash in and come in on the money in the Pot Limit Hold ‘em event which had a $1,500 buy in. This was the fifth event in its category of the World Series of Poker and surprisingly Negreanu came in at 5th place. What’s more, had he won the event, he would have secured his 5th World Series of Poker bracelet. Perhaps, the number 5 is just not his lucky number.

Sadly, it has been 4 years since Negreanu has made it close to the top at a World Series of Poker event and there was plenty of excitement about his possible win this year.

Negreanu commented on the World Series of Poker event,

Another poker player Aguiar who came in third commented,

“The WSOP final table rule required playing to announce every single action and bet is possibly the worst rule in poker history.”

This year, hundreds of poker professionals from all over the US and the world have gathered together in the hopes of winning a World Series of Poker gold bracelet and eventually the main event championship. 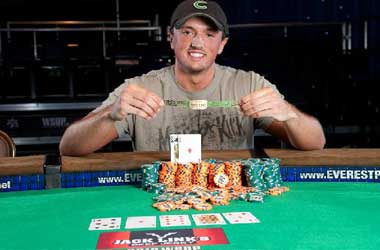 WSOP Completes One Year of Online Poker Operations in the U.S.

Well Known Professional Athletes To Take Part At The 2015 WSOP