It’s beginning to look like 2016 could be the year of crazy and wild bets for some of the top poker players in the game. With just two weeks into the New Year, there have been reports of crazy bets from legendary poker pro Antonio Esfandiari and top female poker pro Vanessa Selbst.

Selbst was apparently having a drink with rookie poker player Dzmitry Urbanovich when she decided to bet $10,000 with 200:1 odds on the Polish poker pro being able to win 3 World Series of Poker (WSOP) bracelets in Las Vegas this year. This will be the first WSOP for the young rookie who has had a fabulous run so far winning more than $4 million in career prize money playing mostly at European tournaments.

Selbst has made it clear that these three WSOP bracelets must be won in Vegas and WSOP Europe events will not be counted. To win a WSOP bracelet is a dream of just about every poker player and only a small bunch of poker players have ever won three bracelets in a calendar year. Some of those players include Phil Ivey, Phil Hellmuth, Puggy Pearson and Jeff Lisandro.

The odds are extremely slim when it comes to the young rookie winning 3 bracelets at the 2016 WSOP but if he does manager to pull of this feat, it would mean that Selbst would have to pay Urbanovich $2 million but she appears to have figured out how to minimize her losses, if it ever comes to that.

In a statement, Selbst said

Selbst’s bet might not be as crazy as Esfandiari’s bet at the 2016 PokerStars Caribbean Adventure (PCA) but its making headlines as two of the most popular poker players on the circuit have started the year with crazy bets.

Esfandiari started the whole thing when he entered into a crazy bet with Bill Perkins that required him to lunge for 48 straight hours, something that he found hard to do while playing at the PokerStars Caribbean Adventure (PCA). Esfandiari saved himself from lunging to the toilet by urinating under the main event poker table which resulted in him being disqualified and embarrassed. He however went on to win his bet and take in a lot of money although he admits that it was a poor decision and something he would never do again. 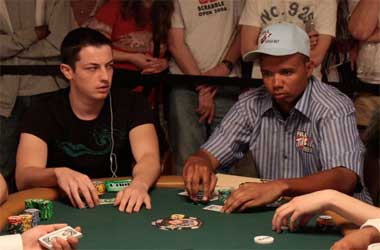 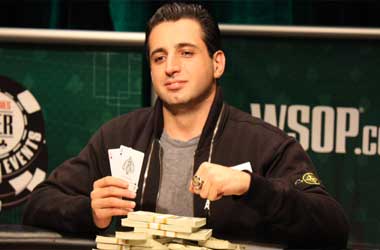