The Seminole Hard Rock Hotel & Casino, located in Hollywood, Florida will hold the second edition of its Seminole Hard Rock Poker Open with a prize pool of $10 million in August. The hotel casino organized the festival for the first time in 2013 and it had turned out to be a roaring success.

The hotel casino recently announced the schedule for its $10 million guaranteed event. According to the newly released schedule, the festival will comprise 23 exciting live poker tournaments, including HORSE, Omaha, bounty, re-entries, and NL Hold’em events, which will keep poker players busy and happy till it is time for the WSOP main event finalists to meet again. The buy-ins begin at $250.

One of the highlights of the tournament is going to be $100k Super High Holler Tournament, which will start on September 1, Monday. It will be held simultaneously with the Seminole Hard Rock Poker Open. Last year, this tournament was played as the inaugural event of the World Poker Tour’s (WPT) Alpha8 event. It attracted 18 of the richest poker players in the world, such as Jason Mercier, Bill Perkins, Joseph Cheong, and others. It gave opportunities to J. C. Tran, who was one of the November Nine of the WSOP 2013 Main Event, Jeff Gross, and Matt Glantz to increase the size of their bankrolls. Steve Silverman, who emerged as the champion of the event, took home a prize of $891,660. This time, it may not be held as a part of the WSOP’s Alpha8 series as the WPT has not yet made announcements about this circuit.

Another highlight of the schedule is the $5k Championship Event, which attracted a field of 2384 players last year, building up a prize pool as large as $11,920,000. Some of the major participants last year were Amir Lehavot, one of the November Nine of the WSOP 2013, who finished 16th; David Sands; Ryan Olisar; and Griffin Benger. The finalists were Justin Bonomo, Blair Hinkle, Ray Quartomy, Mukul Pahuja, Greg Lehn, and Sam Guilabert, and it was Hinkle who won the first-place prize of $1,745,245.

However, the Seminole Hard Rock Hotel & Casino has decided to hold the event in August, instead of July, so that it wouldn’t conflict with the Barcelona leg of the European Poker Tour (EPT), forcing players to choose between the two events.

Players can view the complete schedule at the hotel casino’s official website. 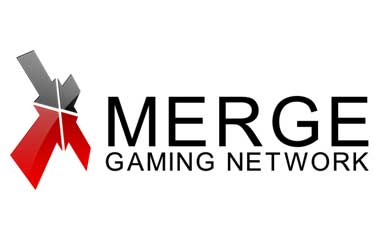