Casino’s from around the world invest heavy in security and security personnel because whenever huge sums of money are at stake, emotions and tempers always run high. Such was the case at Melbourne’s Crown Casino recently, when the former Tasmanian Premier was escorted out of the casino for behavior that was questionable by the Crown’s standards. 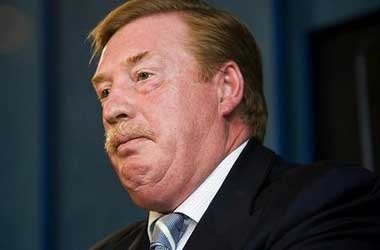 Paul Lennon, the former Premier of Tasmania was playing at the Crown earlier this week when he became “tired and emotional” and was forced to leave by the security personnel at the Crown.

The politician from the Australian Labor Party was taking part in a poker game and playing like just any of the other players with no complaints. According to reports, Lennon started getting visibly agitated as soon as he discovered that one of the players at the table had accidentally touched his chips. This incident irked Lennon and things escalated pretty quickly as Lennon lost his temper.

Lennon was asked to leave Melbourne’s Crown Crown but did oblige and hence the security personnel at the Crown decided to take things into their own hands. Lennon’s wrists were bound with cable ties and he was marched out of the Casino amidst tight security. Melbourne Police confirmed that this incident did take place and that Lennon was issued with a penalty notice for failing to follow orders and leave a licensed place. Failure to obey authorities and leave a licensed premise on request carried a fine of $739 in Australia.

Witnesses at the event also confirmed that Lennon was acting in a disorderly manner and was aggressive towards the woman who accidentally touched his chips. Casino staff repeatedly asked Lennon to calm down and get back to his game but he became even more agitated until security decided to take him out. During this time, Lennon became defiant and resisted security personnel shouting “Do you know who I am?”

Lennon admits to being escorted out of the Casino but denies the fact that his behavior was troublesome. In a statement, Lennon said

At one instance I licked my index finger before touching my dealt cards, as you sometimes do. But apparently this is against the rules, something I was not aware of. For this I was removed. I questioned the reason why, but was not given an answer.

Paul Lennon joins a long list of celebrities and influential people who have been 86’ed out of Casinos. Some of them include the likes of Lil’ Wayne, boy band One Direction, Paris Hilton and Ben Affleck.