PokerStars has expanded its 2022 live tournament schedule with the addition of two new events – the UKIPT Nottingham and EUREKA Bucharest, both of which will take place in July.

On top of that, the online poker giant has also intensified its campaign for the highly-anticipated PokerStars Players Championship (PSPC), by announcing 12 Road to PSPC tournaments which will award Platinum Passes worth $30,000.

After a seven-year break, the popular UKIPT festival is finally returning to Dusk Till Dawn, with the action taking place from July 23 to 31. The jam-packed schedule is headlined by the £1,100 UKIPT Nottingham Main Event which comes with a huge guarantee of £500,000. Other highlights include the £2,200 High Roller and the £5,300 Super High Roller, both of which will award a £200,000 guaranteed prize pool.

Players may qualify for the UKIPT Nottingham Main Event for a more affordable price through online satellites running on PokerStars between now and July 24.

The UKIPT was last held at Dusk Till Dwan in 2015, with the Main Event attracting 1,026 players. The tournament was taken down by Sam Mitten-Laurence for £182,000.

The other new event on PokerStars’ 2022 live calendar is the EUREKA Poker Tour which returns to Bucharest, Romania next month after six long years of being on hiatus. The series will be a seven-day affair, running from July 25-31.

Meanwhile, those keen on entering the 2023 PSPC may qualify via a dozen Road to PSPC events where they get the chance to win a $30K Platinum Pass. One of the 12 confirmed events will run as part of the UKIPT Nottingham festival in July. For the complete list of Road to PSPC events, visit the PokerStars website.

The ongoing PokerStars 50/50 Series has been successful so far with 17 out of the 50 scheduled events now completed. Throughout the festival’s first week, PokerStars awarded $1,459,158 in prize money. All of the events cost just $50 to enter which represents massive value for players. There are still over 20 plus events left on the schedule which will run until June 30. 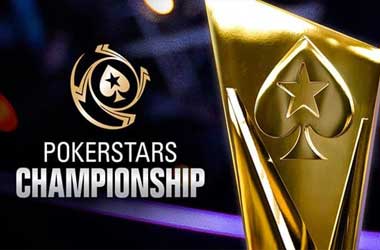 PokerStars Championship Sochi – Russia To Begin On May 20