Unibet Poker is looking to make an impression with an online poker festival – the site’s first ever! Known as the Unibet Online Series (UOS), the festival will run from February 26 through to March 11. This move makes its mark as another large breakthrough for the poker site, now operating as an independent site since its departure from the Microgaming Poker Network.

The upcoming UOS festival will contain 28 different events, with a total of three tiers in each. These are branded as Nano, Low and then High. This will therefore see a vast schedule of 84 separate tournaments, all of which combine to bring together prize pools of a guaranteed €300,000. The Nano tier will provide tournaments that have buy-in prices ranging between €0.10 up to €1. This is quite accessible to any player, regardless of how their bankroll stands. The Low tier tournaments will provide buy-ins of between €2 and €25, while the High ones are anywhere between €25 to €100.

Further to this, there are satellites that are already in position and running to provide players with the chance of qualifying for an event of their choosing. These satellites offer entry at a fraction of the cost.

Moments to Keep an Eye On

The UOS festival will finish with a total of three different Main Events. This will include the overall highlight of it all, which is the €100 Main Event. In this, there is a guaranteed prize pool of €100,000 to be won.

In addition to this, players will find that there are six tournaments in-play every day between the aforementioned dates. Three of these will take place at 7:00pm GMT, while the remaining options start at 8:30pm GMT. The poker games that can be played within the tournament include pot-limit Omaha and no-limit Hold’em. Not only that, but these games will also utilise several different tournament formats. This means that you’ll find options such as bounty, re-buy, progressive bounty, freezeout and ante.

One final thing to remember about this festival, is that that the player sitting atop of the overall leader board will also receive an invite to play at the first ever Unibet Battle of Champions. This is set to take place at the end of 2018, featuring nine players. It will also include the Unibet Poker champions of the year, but more details will be announced on this tournament at a later date. 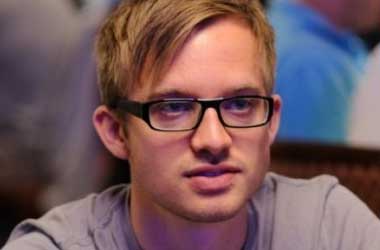 Chris Moneymaker Shares Views On Poker, Life and His Future