The World Poker Tour (WPT) is one of the most popular tournaments in the world and professional poker players from across the globe mark their calendars well in advance to ensure they attend as many events as they possibly can. The World Poker Tour has released its tour schedule for 2015 and confirmed that it will be visiting the garden state of New Jersey for Season XIII.

The WPT is scheduled to host as many as four separate events in New Jersey during the next 8 months. This will include the season-ending WPT World Championship which will take place on the 24th of April 2015, at the Borgata Hotel Casino & Spa in Atlantic City.

The WPT has been a premier tournament for over a decade and the first 11 seasons of the WPT Championship always concluded at the Bellagio in Las Vegas, Nevada. However from season 12, the WPT decided to shift the final venue to Atlantic City, New Jersey and based on the success of last year’s event, Season XIII will also follow the same pattern.

The WPT Championship in Season XII proved to be an exciting one that initially had a buy-in for $25,500 but was reduced to $15,400 to accommodate more players. The event saw a total of 328 entries and a $5 million guarantee. The title was eventually won by Keven Stammen who also took home prize money of $1.35 million.

The WPT is confident that Season XIII will turn out to be even better. In a statement, WPT President Adam Pliska said

As a long-standing partner of the World Poker Tour with an unparalleled tournament staff, Borgata Hotel Casino & Spa is the perfect venue to host four televised WPT events in Season XIII. We are thrilled to return to Borgata for the season-ending WPT World Championship after a successful transition in Season XII, and with the ability to generate massive prize pools, draw the biggest names in poker, and qualify players to events on both partypoker.com and BorgataPoker.com, we expect to see three tremendous Main Events in Atlantic City this season.

Partypoker.com and BorgataPoker.com will once again act as the official sponsors for all televised events at the Borgata as well as Season XIII WPT World Championship. The WPT World Championship, the WPT Borgata Winter Poker Open and the WPT Monster Invitational will provide FSN a combined total of 11 hours of television coverage during Season XIII. 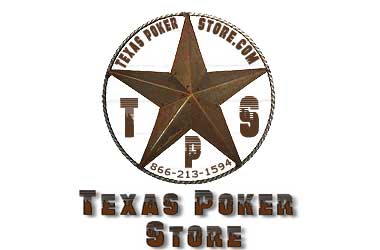