Global Poker League To Be Launched By The GPI

The Global Poker Index has till date focused mostly on being the number one provider of ranking international poker players in live poker tournaments. The company updates this ranking on a weekly basis and is widely respected in the poker community.

The GPI made headlines in the poker community when it recently announced that it planned to launch a Global Poker League (GPL) in order to sportify poker and make the GPI a complete organization. The new league will look to change the global perception that poker is merely a game and will focus its marketing campaign to push poker as a competitive sport.

The GPL will follow a format where poker players form teams and then compete against one another. The GPL will have a season that runs for 4 months during which a series of competitive events will be held. Alexandre Dreyfus, the CEO of the GPI believes that this is probably the biggest project that the GPI will ever undertake and believes it can turn out to be one of the biggest poker leagues across the world.

We, as the GPI, can own poker in this very specific vertical. I believe it’s possible and I think the GPI is also fully legitimate to have that role. Poker is an individual sport, such as tennis or golf. So, if tennis has the Davis Cup and golf has the Ryder Cup, why shouldn’t we have our own poker league?

Dreyfus realizes that launching the GPL will place put the GPI under a huge amount of risk. If the league succeeds it will automatically take the GPI to a whole new level in the poker community and at the same time if it turns out to be a failure, it might even signify the end of the GPI.

The GPL will market a franchise based model where the league will have a restriction on the number of teams that can participate each year. These teams will be owned by the respective franchise and complete against one another during the GPL season with the winner taking home a huge sum of money.

Dreyfus wants his marketing team to promote the GPL as a sportification and industrialization of poker and attract the best talent in the market. As of now, the GPI is yet to confirm when the league will launch and the procedures involved in applying for a franchisee in the GPL. 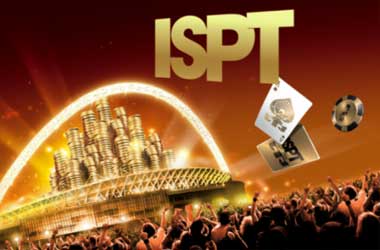